Ruotuväki is the official newspaper of the Finnish Defence Forces. Most of the editorial staff of Ruotuväki are conscripts who perform their military service at the Defence Command in Helsinki, where the Ruotuväki offices are located. Applying for the positions is voluntary during the army basic training period. Applicants are evaluated and chosen with tests and interviews.

I spent most of my 255-day military service at Ruotuväki as the graphic designer. My job consisted of newspaper and magazine layout, news graphic design, illustration, photo editing and even some photography at times. Find some of my work below. 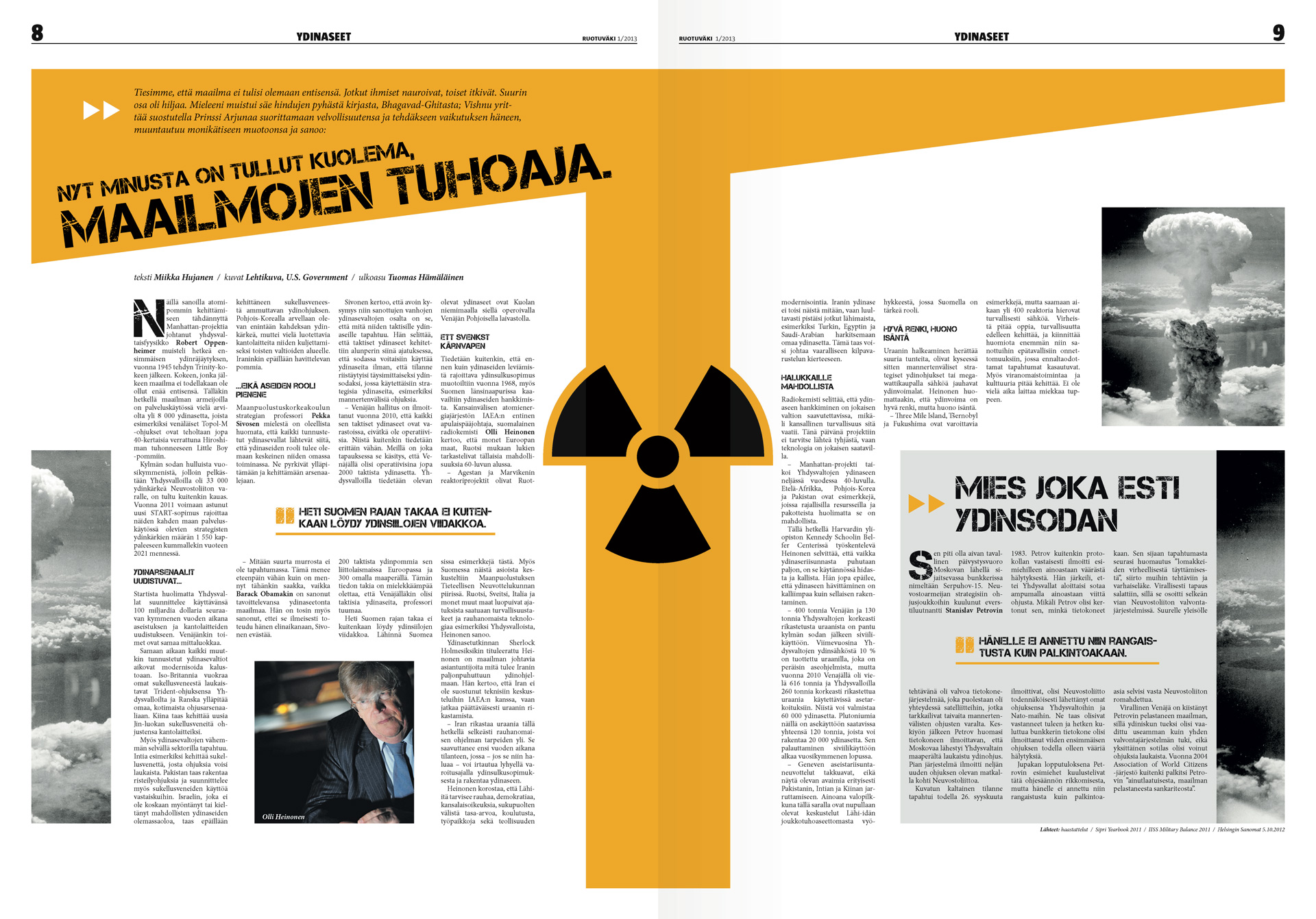 I designed the appearance for more than 20 stories and several magazine-type publications. My most important weapon was Adobe InDesign. 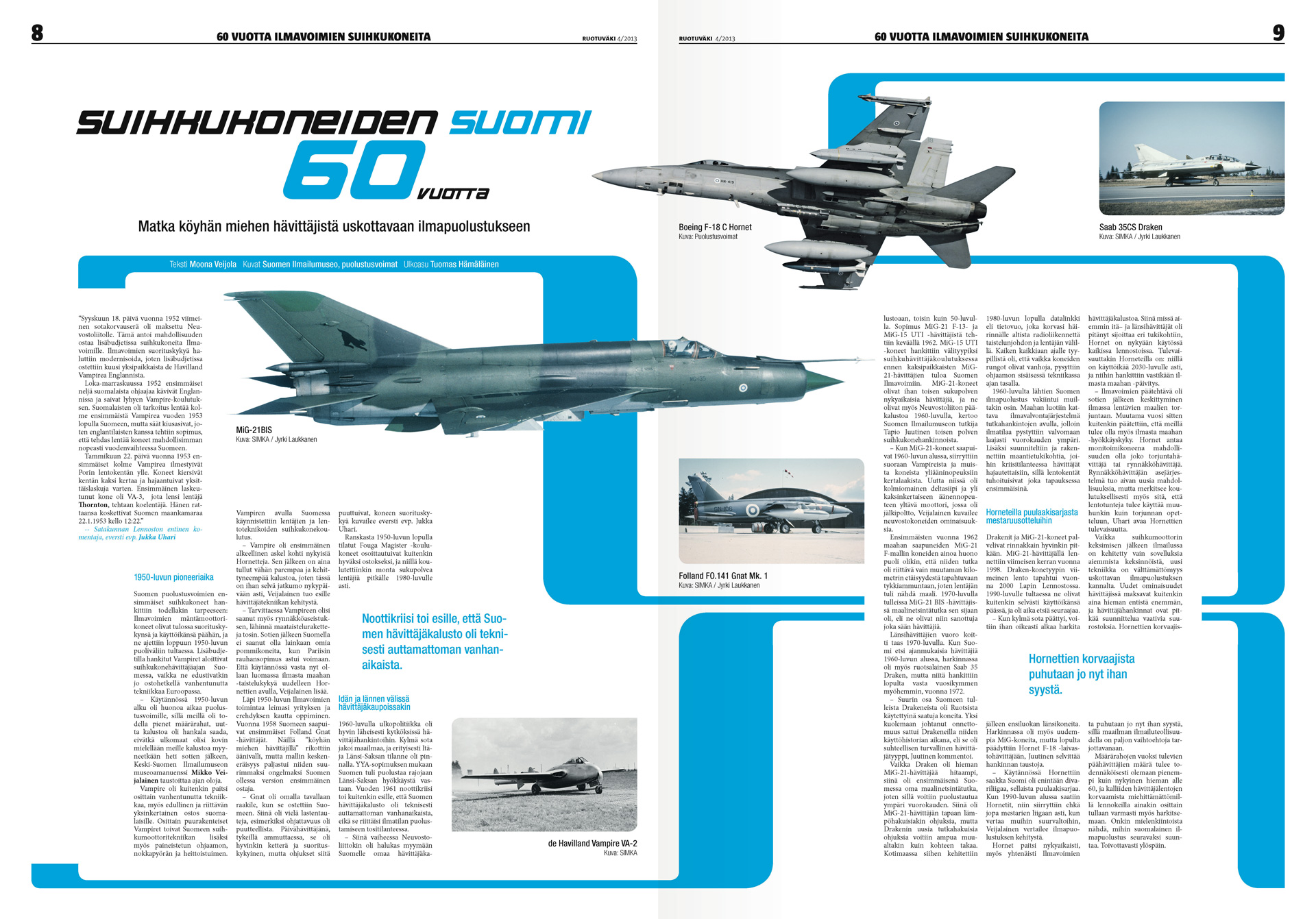 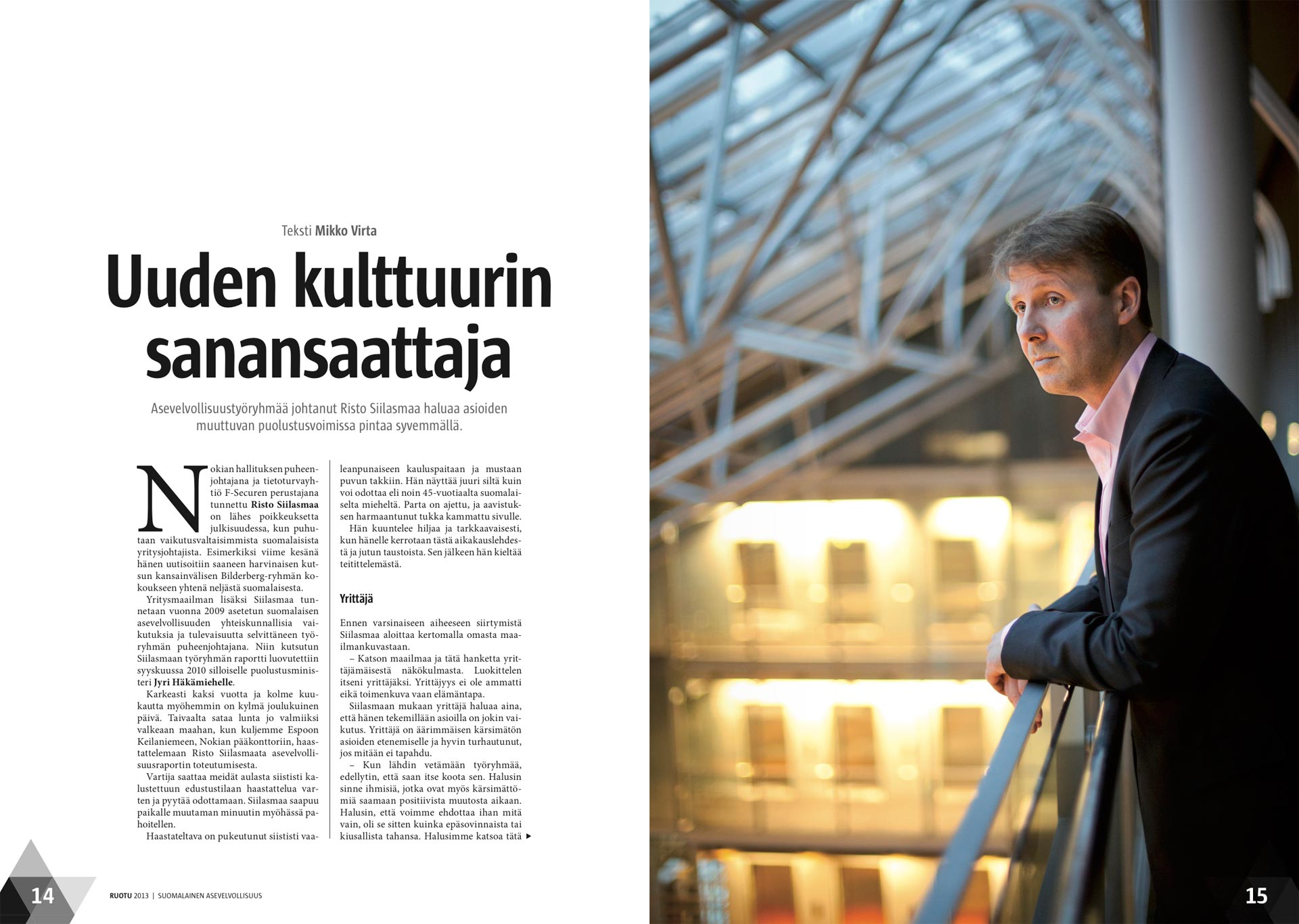 Sometimes articles needed something other than photos. Adobe Illustrator and Photoshop were used frequently. 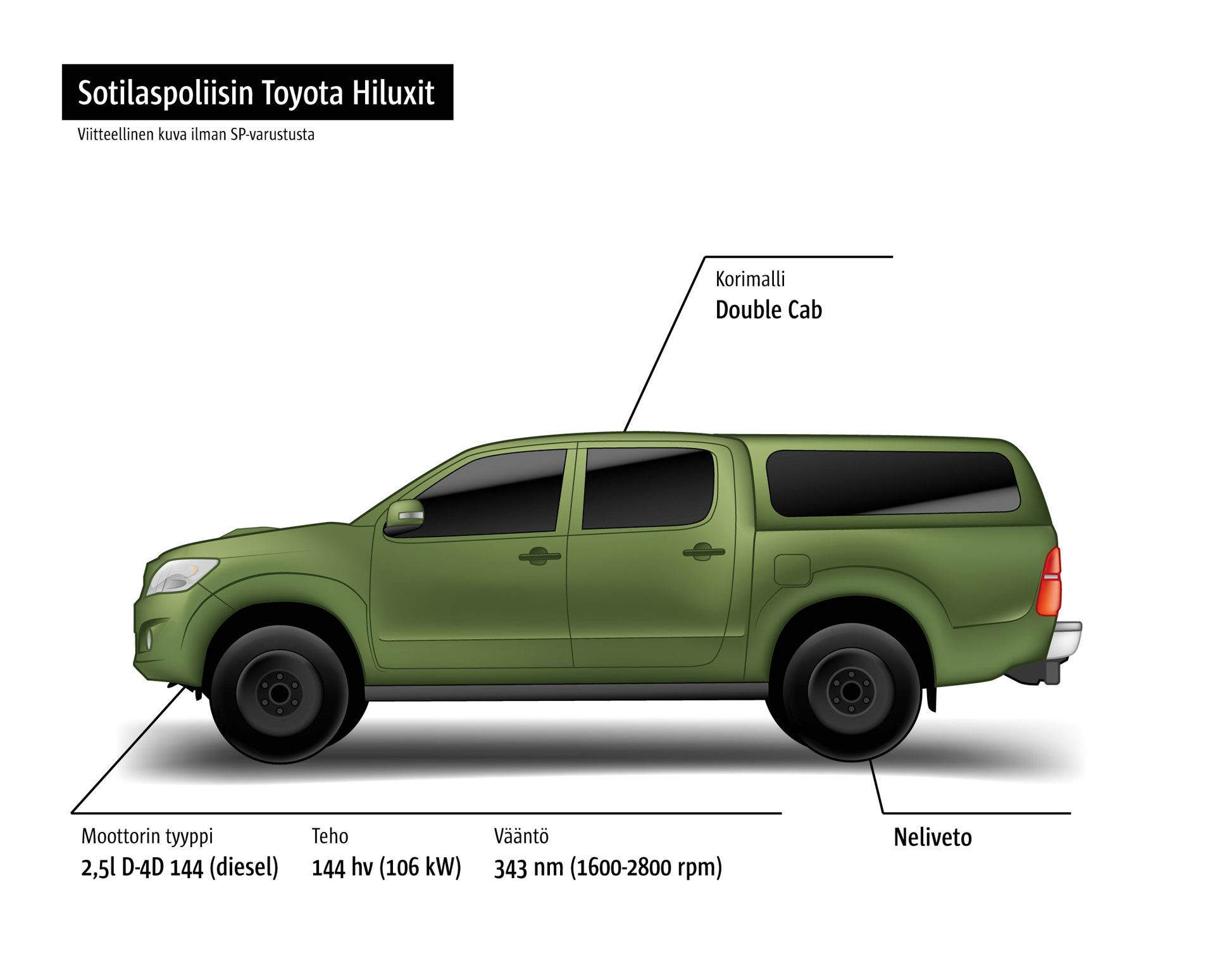