The brief for Interactive Prototyping came from Bang & Olufsen. They challenged us to come up with new ways to listen to music at home.

Music has moved into the cloud, and the experience of getting to it is not often the best, having to turn on devices, unlock phones and deal with apps. We wanted to create a simple but captivating way to play your music. BeoSound Orbit brings digital music back into the physical world.

BeoSound Orbit was exhibited at Dubai Design Week 2016 as a part of the Global Grad Show. 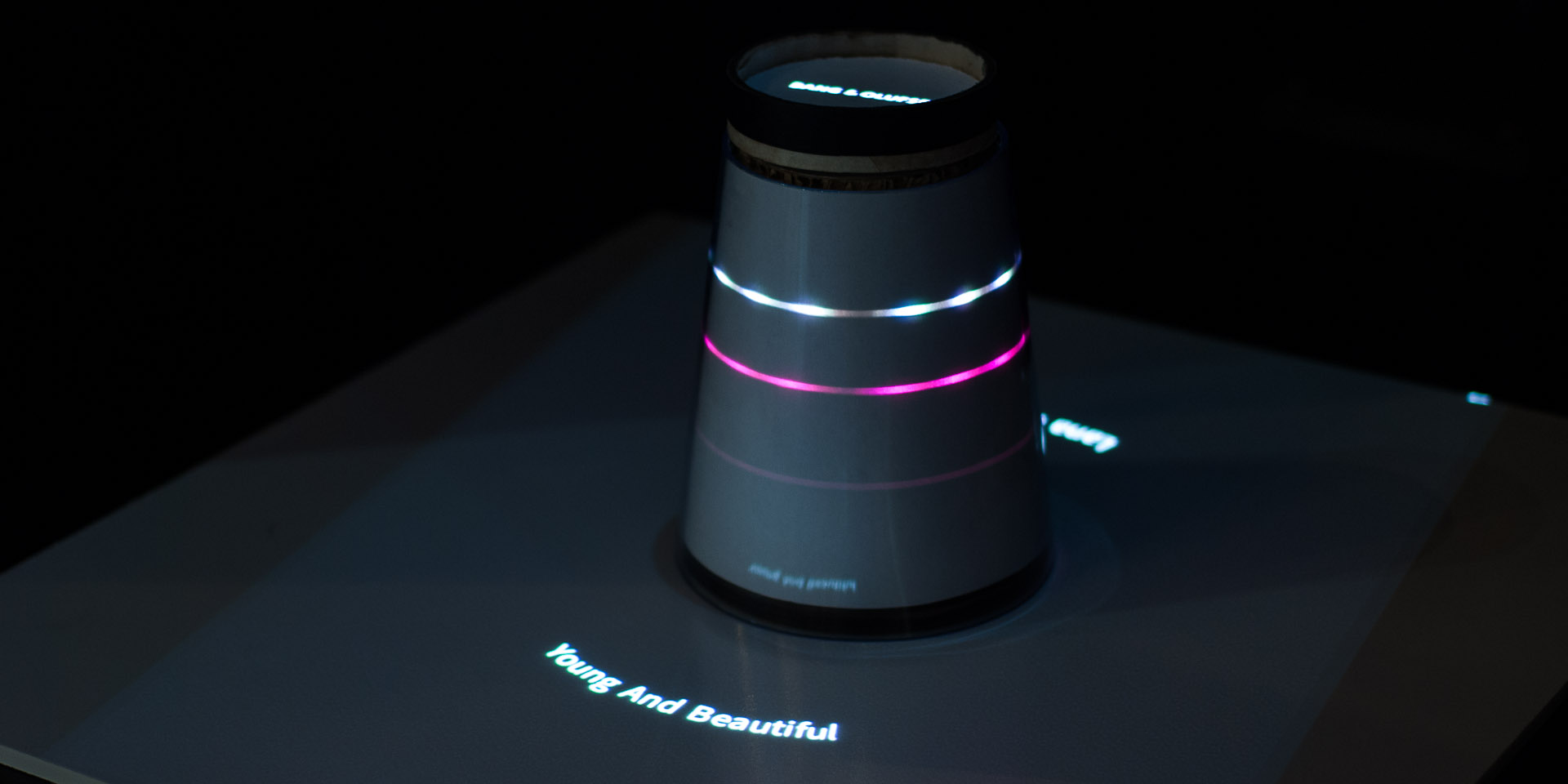 Came home and just want music? Push the top of the device and you've got it. There's nothing to set up and nothing to manage. A brief pulse of light lets you know that the command was carried out. Turn the dial to adjust volume.

BeoSound Orbit expands the graphical user interface beyond the boundaries of the device itself. The song information is calmly orbiting the device, like a vinyl in a record player.

Can't wait to go to the next song? A simple clockwise swipe on the surface around the device, and you'll see the current song spin away and the next replace it.

BeoSound Orbit is a 360-degree interface, so it's ideal for placing on a table where everyone can interact with it, regardless of where they're sitting. 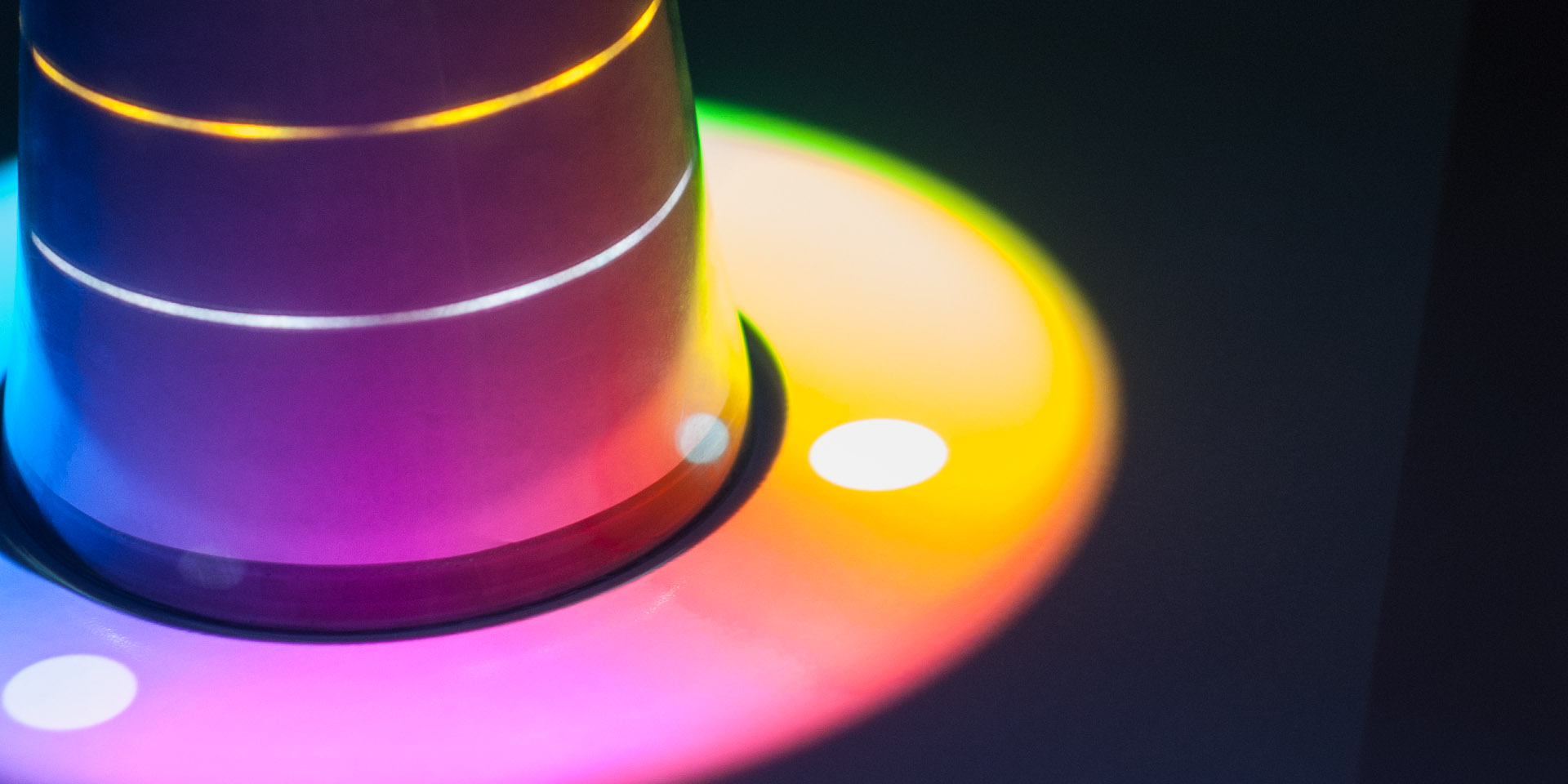 Bang & Olufsen introduced the MoodWheel in BeoSound Moment. It allows you to play music by selecting a colour corresponding to your mood.

BeoSound Orbit implements the MoodWheel with a twist. The round shape of the device is a perfect match for the circular interface. Drag outwards from the centre with two fingers to bring it up. Spin the wheel by swiping and tap to choose a colour: a playlist based on that mood will begin. 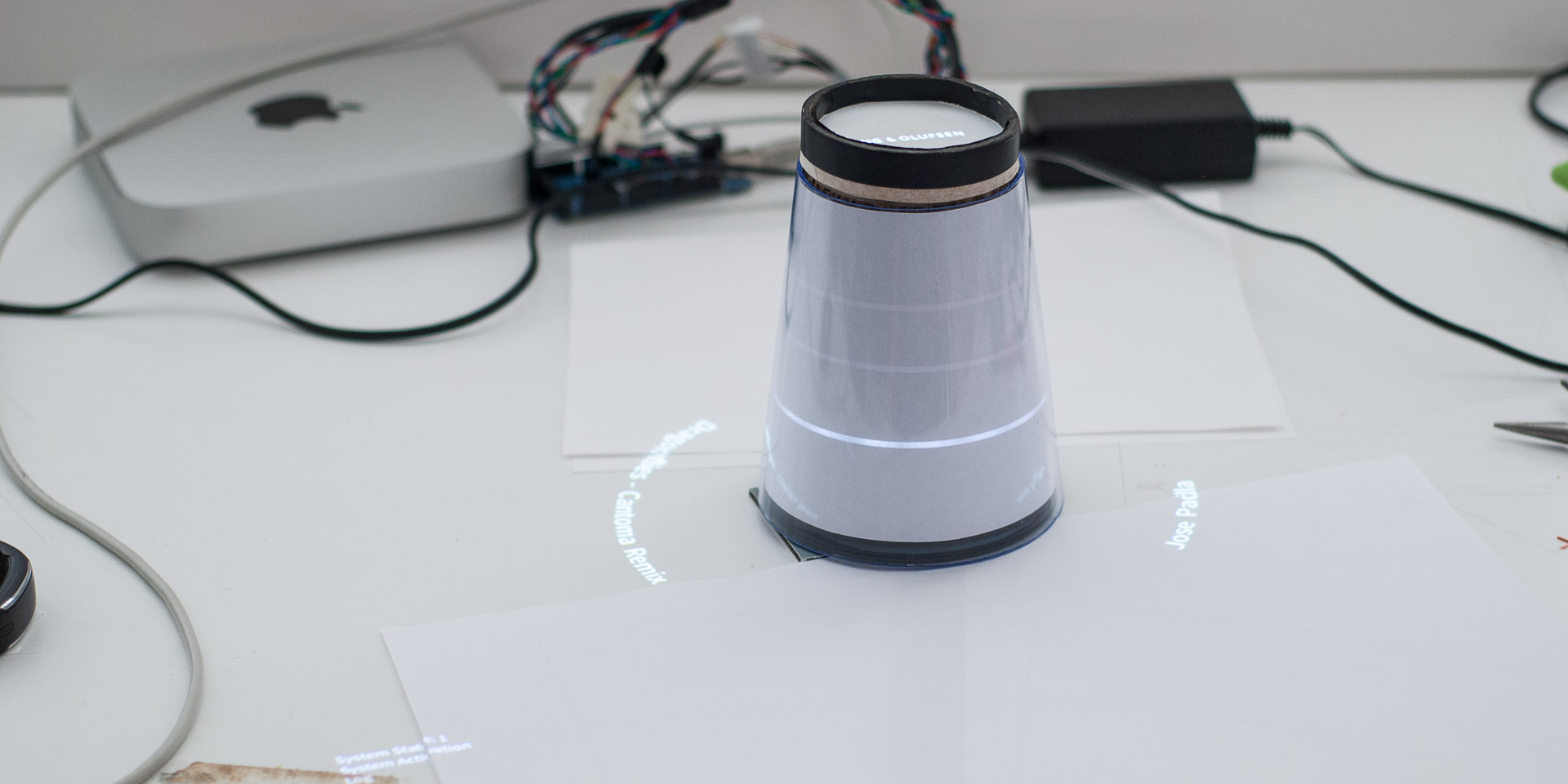 The aim of the course was to create rough "tape-to-table" prototypes, so the aesthetics of the device weren't really considered. A lot of supporting hardware is also required, so the system isn't compact and integrated like it would be if it was a commercial product. At its present state, its purpose is to demonstrate the functionality and interaction of the concept. So in case you were wondering: yes, the concept video was a real, live-action demo.

It's interesting to note that BeoSound Orbit was created months before the introduction of Bang & Olufsen's BeoSound 1 and 2, which implement some similar ideas and also share the general shape with this prototype. 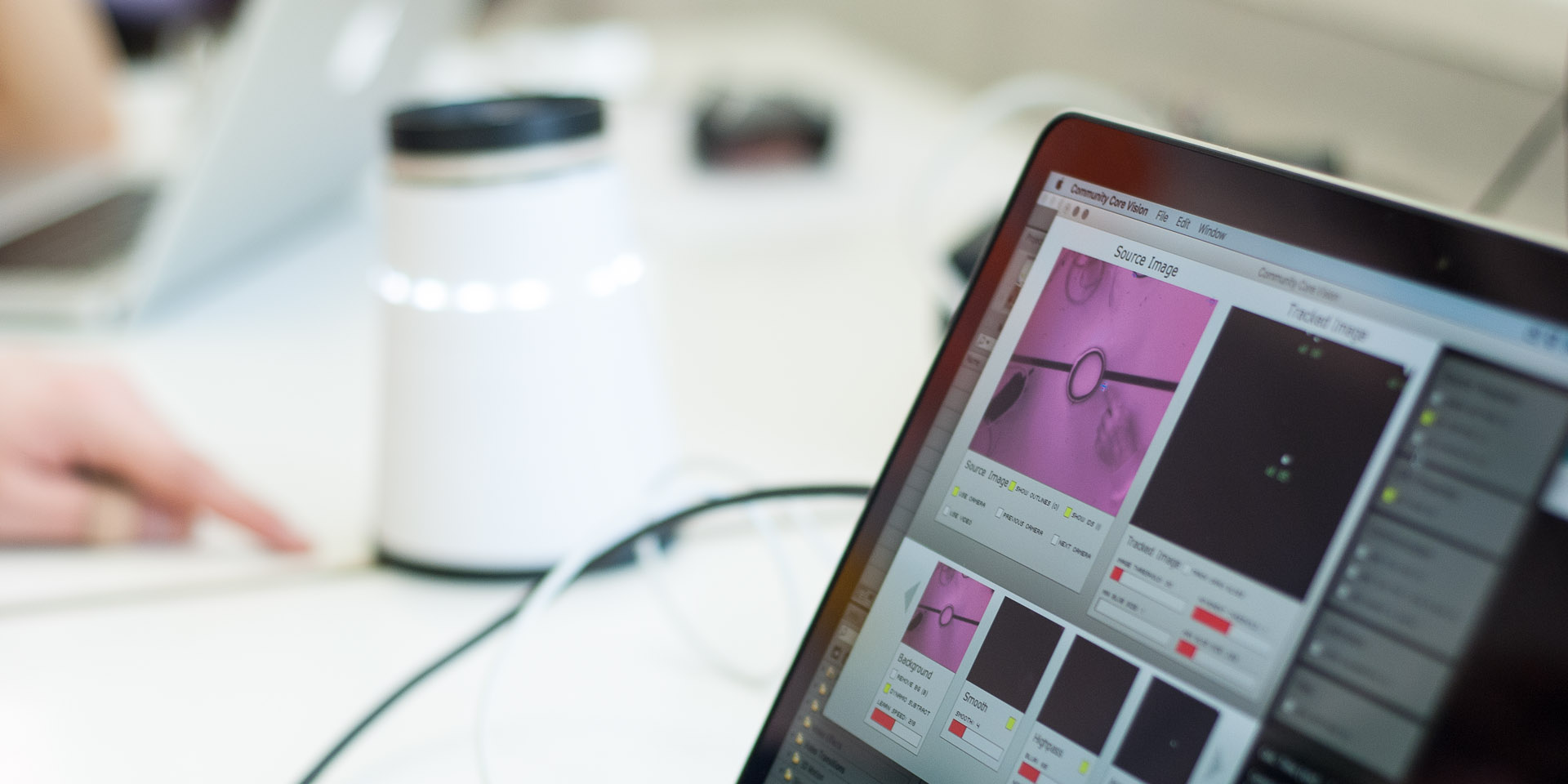